See You in Court? Standing Up for Ourselves

The business of medical lab work is not for the faint of heart. It’s expensive, complicated, technologically sophisticated, and most importantly, extremely sensitive in terms of personal data – in fact, a citizen’s medical records are about as personal as you can get. Yet there’s one more aspect that we need due diligence on: laws and legal opinions. Our industry has been closely following the American Clinical Laboratory Association (ACLA) v. Azar suit closely. The suit claims that U.S. Department of Health and Human Services (HHS) is unlawfully implementing the 2014 Medicare legislation, jeopardizing patients access to critical lab services. (Azar would be Alex Azar, Secretary of HHS.) 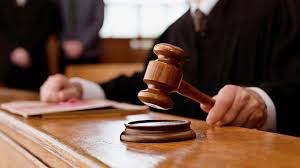 In September of 2018, XIFIN reported on the initial disappointing opinion from the U.S. District Court for the District of Columbia where the court dismissed the case, citing “lack of subject matter jurisdiction.” But luckily for us, our trade association did more than just express disappointment; they fought on. XIFIN reported the results, excerpted here:

Recently, the DC Court of Appeals determined that federal courts do in fact “have jurisdiction to decide the merits of a challenge to the federal government’s administration of the Protecting Access to Medicare Act (PAMA).” This ruling will result in the ACLA vs. Azar case being sent back to the DC District Court to determine if the decision from HHS/CMS to exclude hospital outreach labs from the first private payer payment survey, used to set Medicare CLFs rates for 2018-2020, was a violation of PAMA.

“We strongly commend the Court of Appeals’ decision and are very encouraged that it recognizes that ACLA is entitled to challenge the harmful regulatory overreach by the HHS Secretary in his implementation of the PAMA. HHS’s continued flawed data collection process poses a direct challenge to the rule of law and PAMA’s intent to support a sustainable, market-based laboratory market for millions of seniors. On behalf of those who have already seen the consequences of this painful overreach, we urge the District Court to act quickly to rule on the merits of ACLA’s case.”

While this ruling can be viewed as a win for ACLA that will add pressure to HHS and CMS to negotiate for a settlement, it is likely that HHS will request a rehearing and push back the resolution of this lawsuit. In the meantime, ACLA urges Congress “to immediately halt the data reporting process and allow time to ensure that HHS is implementing PAMA in the right way.”

On July 30, 2019, the ACLA released a statement in response to the U.S. Court of Appeals Ruling and I was particularly interested in this paragraph from that document:

“For data collection, the statute obligates clinical laboratories that participate in the Medicare program to report distinct reimbursement rates they receive from private insurers and requires the Secretary to establish the rules governing that reporting through notice and comment rulemaking. To be sure, the results of that data collection process are used to establish Medicare payment amounts. But the statute’s bifurcated structure supports ACLA’s view that the two provisions and the processes they require are distinct…That the statutory scheme requires private laboratories to report non-Medicare and generally confidential business information (private market rates) to the government on pain of monetary penalties further stands this statutory scheme in sharp contrast to others where the challenged action was found to be intertwined with other agency actions regarding which Congress had barred judicial review.”

Alas … further court action will likely follow, but we all can be hopeful of an eventual victory on this issue. I just want to say, without getting into the politics, that more often than not well-meaning congressional reps and politicians dive into something with good intentions but can end up with rules and laws that do more harm than the intended good. This is especially true for an industry like ours, that requires so much nuanced understanding — something that is difficult, if not impossible, for a politician to fully understand on their own and without years of experience in the industry. That’s why in addition to believing that we all need to continue to follow this and other cases like this closely, it’s most important that we are vocal in making sure there is a complete understanding of all that is involved in the important work we do.

Sometimes, that means explaining it in court.