Growing a Business: A Long-Term Strategy

Two guys in a garage. Limited resources, experience, and services. Two decades later, we are a team of over 30 spread out all over the country offering full services and turnkey products to labs and hospitals of all shapes and sizes. As we approach our 20th year as an IT lab consulting business, this felt like a good opportunity to share our experiences and learnings from steadily growing a startup into a full-fledged company 20 years later.

We humbly began with two of us working out of our home in 2003. Back then it was called Northwest Consulting, and we were helping smaller labs with building interfaces and demographic bridges. Through the early years, I had some rough patches and suffered a “bad divorce” with the original partner but survived and thrived. Key to the journey was Cristy Reiter (CEO) joining in 2010 and Robert Negosian (COO) joining two years later. It was Cristy who rebranded us as U.S. HealthTek. 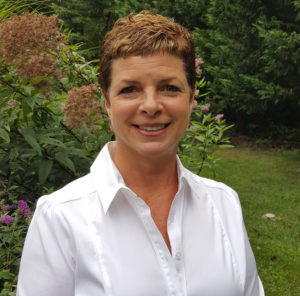 Something that I’ve seen from the earliest days is still a constant: a lab starts off small and develops into a midsized business with all their IT elements from their former, smaller self. We still get calls from those who know they need to step up their game to be competitive but aren’t sure of where to go to find the products and services to get to the next level. While we see some hesitancy in making the necessary investments for a bigger structural foundation, they are motivated by realizing they can’t afford the outages from an ill-equipped, underperforming IT system. You begin with good personnel on staff, and as the company grows, it tends to take on more work with less knowledge and experience to keep up. That’s where we found our niche.

In the years of serving these types of clients, we have gotten better at diagnosing the situation, augmenting the staff, restructuring the IT department, and/or preparing the company for future growth five-plus years down line. Thanks to two decades of experience, we’ve learned to come in and hit the ground running. Others running service-businesses like ours can agree that it doesn’t take a client long to see and appreciate the swift impact an experienced team can make. 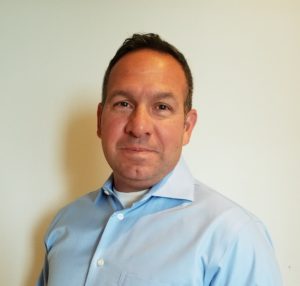 Robert joined in 2012 – he’s been instrumental to the company’s success.

One thing we found was critical to growth, both for us and our clients over the years, is the acceptance of new technology. The culture of the laboratory industry has tended to be on the conservative side, especially in relation to new IT-related technology. Back when we started in 2003, 50% of doctors’ offices didn’t have internet – the “technology” of choice had upgraded from dot matrix printers and fax machines to fancy laser printers. Fast forward to today, and a comparable trend is being embraced much more quickly by competitive businesses: the trend is pushing that data from an in-house data center up into the cloud. Related, we’re seeing a “changing of the guard” for managers/C-Suite executives who have grown up with technology in a way that the older generation didn’t (alas I am in the latter group as I can still remember when phones didn’t fit in your pocket). These new leaders are much quicker to be open to high-tech advancements that can make labs more efficient, more productive, and are more accepting of the technologies that can get them there.

In many ways, our company followed the normal business growth stages like many of the laboratories we serve, and we weren’t afraid to take on new challenges. Starting off as a “mom-and-pop,” we added another person part-time. An early boost was taking on an assignment we got from a referral not for interfacing work, but to rebuild a pathology practice infrastructure, which we accomplished. It broadened what was in our toolbox and opened up more doors for future growth.

An aspect of that growth that I’m also proud of is that it’s all been from referrals. We have been consistent in focusing on quality and making sure the customer is satisfied. Related, we don’t say yes to every assignment. If we can’t bring value to the client, if we can’t make a significant difference in their operations, we politely turn it down. Is this hard to do? You bet it is. It goes against the instincts of saying yes to everything and trying to make it work. But that’s always been our mindset, because just being “okay” is not an option (it’s also not fun). For us, this has been, and continues to be, a cornerstone of our success.

If at First You Don’t Succeed…

Back in 2003, I didn’t have the great expectations that our efforts would take me to where we are today; mainly because while I was drawn to having a consulting company, this was not the first! There were two other companies I had before U.S. HealthTek that crashed and burned before they got off the runway. Many of you who have had similar journeys in this business will likely agree with these two points, and if you’re just starting out, keep these in mind: one, that this is a process of trial and error, and two, if you don’t try, it for sure won’t happen.

As we approach our 20th anniversary of serving this industry, we will continue to follow the formula that has brought us success so far. I’m proud to say that we are known as the experts in this field, and our high-caliber resources and the passion and commitment of our people is not just a benefit to our clients, but it helps us continue to grow and improve the company for the long haul. What’s coming in the next 20 years? I don’t want to give away any secrets, but what I’m most excited about is an expansion of our product lines, created specifically for our core small-to-medium lab niche customers. Our goal for the next 20 is to keep doing what we’re good at, but to do it even better. Stay tuned.